The ultimate guide to Nusa Penida

I wanted to go to Nusa Penida ever since I booked my flight. It seemed like it was an island not many people had discovered yet and isn’t so touristy (yet) which is so true! When I first arrived at this island I couldn’t believe my eyes how blue the water was! So magical. One thing that I found out right away was that the roads on Penida aren’t that great. Actually, they are pretty bad. But because Nusa Penida isn’t so touristy yet they haven’t renewed the roads, which can be a struggle sometimes while exploring the island. But that didn’t stop me from seeing all the amazing places Penida has in store for us!

Where did I stay?

I stayed (for 5 days) at the cutest bungalow called Pondok Kana. It has all the paradise feelings you want and the bungalow itself was the cutest! The only downside was that there wasn’t warm water to shower with. Because Nusa Penida isn’t quite touristy yet, there aren’t much restaurants around the island. Around our hotel there was only one restaurant that had ‘good’ food and was fun to hang out at.

Rent a scooter or a car with a driver

Nusa Penida is most fun to explore by scooter. That’s what I did on the first day. Please remind yourself that traveling takes a lot of time because of the roads/ traffic. As I mentioned before there are a lot of bad roads except for the main road which is actually really good! Make sure you download Google Maps because that will be your best friend along the way. You can download the entire map of Nusa Penida so you can use it offline too! When renting a scooter always ask if it’s really a scooter because sometimes they rent motorcycles too so be aware of that. Also when you hire a scooter you most likely have to get gasoline first. Gasoline is also very cheap, it’s around 20k rupiah (depends on where you buy it) and you can probably use it for the rest of the day. Also depend on where you’re going of course. Definitely wear a helmet because you don’t want to get bad injuries if you get in an accident (which happens a lot in Bali). Because there aren’t really much traffic rules it can be dangerous sometimes.

If you don’t want to rent a scooter which I totally understand because I was actually really scared too, you can also rent a car with a driver. Of course this is much more expensive than renting a scooter but more a relaxed option. Charlotte and I rented a car on the third day because the scooter ride was very exhausting too. We visited the main things as Kelingking Beach, Crystal Bay, Angel’s Billabong and Broken Beach. The road to Broken Beach was really bad, there wasn’t even a road actually so be careful if you’re going by scooter. Our car drive was around 800k rupiah for the entire day which is actually quite expensive but because the roads are so bad I think it was a good price anyway.

Top 5 must sees on Nusa Penida

Kelingking Beach is the most populair and most Instagrammable place on Nusa Penida. It’s shaped like a dinosaur and the view is breathtaking. The way to the beach is very risky so I didn’t do it, which I’m kinda sad about because I really wanted to walk at the beach but I also didn’t want to take too many risks. You see my struggle? lol. So if you’re an adventurer and are a little more brave than me you should definitely go down! It does take around 40 minutes so be aware that you also need to go back up 40 minutes. But what I’ve seen on photo’s is that it’s really worth it though!!

This is the perfect beach to sit back and relax! It’s surrounded with palm trees and has the prettiest blue water. Although this is the ‘least beautiful’ beach at Penida it’s worth a visit if you want to take a dip in the sea. I loved spending time here and just enjoying all the beauty Indonesia has. I heard it’s also great for diving/ snorkelling!

Indonesia amazes me everyday! It’s so beautiful here and I’ve seen so many amazing things already 😻 today is my last day in Nusa Penida and I’m going to Ubud tomorrow 🌱

This is something why nature amazes me every time. It’s called Broken Beach because there’s literally a hole in the cave. SO. FREAKING. COOL! I’ve never seen anything like that and couldn’t stop taking pictures of it lol (life of a photographer really). From above, the cave looks almost circular and closed in, as on eye level it’s quite high. Unfortunately there’s no way to get in to take a dip in the clear blue water but that’s okay because the view is amazing.

I think this was the most epic view I’ve seen on Nusa Penida. It had me speechless. I came here in the afternoon and I think it was the perfect timing (although at sunset it probably would have been even better but we didn’t want to go back in the dark). The sun was very low which gave it a mysterious and magical effect. There’s a very (read: terrifying) stairway going down to a waterfall. But because it was so steep we stopped halfway just to enjoy the amazing view for a good 20 minutes I think. I just didn’t want to leave this place. I couldn’t believe my eyes, it literally looked like a macbook background if you know what I mean lol. The sound of waves crashing into the shore made feel so peaceful and relaxed. I could listen to it all day. You could even see some Manta Rays swimming if you looked closely! So cool! Make sure not to skip this one even though the way down is very scary you can also just stop halfway just like me, it’s so worth it!

Yaaaay my Travel Diary from my trip to Indonesia is finally online!! I’m so excited to share this with you because I worked really hard on it ☺️ I hope you enjoy please let me know what you think! Link in bioooo ✈️ . . I will also upload a 1 minute version on IGTV tonight! . . #speechlessplaces #baliindonesia #nusapenida #bali #indonesia #indtravel #wearetravelgirls #travelinladies #girlsthatwander #sheisnotlost #baligasm #balidaily #explorebali #travelblogger #traveldiary #dutchblogger #sharissalouisetravels #bossbabes811 #postcardplaces

This beach is famous for it’s arch. I went down on the left side of the cliff, because that’s where Google Maps leads you to. You can also get on the right side of the cliff but you have to get down first and then go up on the right side. The hike down only takes around ten minutes so it isn’t that long but even though it’s quite steep as you’ll notice when you go back up. Once you’re at the beach you can lay at one of the many sun beds and enjoy a coconut or two. The island life you have dreamed about is becoming reality here. I loved staying here and enjoying the beautiful view. The water crashes into the arch now and then which is an amazing thing to see! So beautiful and breathtaking.

The beaches here are gorgeous 🌊 this one is called Atuh Beach and you have to climb down a while to get here. But it’s so worth it! 🐙 . . . #ootd #dutchblogger #blogger #fashion #fashionblogger #sharissalouisetravels #travel #aspynovardpresets #atuhbeach #traveldiary #nusapenida #instablog #city #travelblogger #wanderlust #photography #canon #canonphotography #canongirl #citylove #indonesia #bossbabes192 #girlswhotravel #girlsthatwander #femmetravel #dametravel #wearetravelgirls #influencer #dutchinfluencer #discoverunder10k

I seriously love this island with all my heart and I think the beaches are the most beautiful I’ve seen on my trip to Indonesia. Nusa Penida also has a Manta Ray Point where you can swim with them, so if that’s something you’re into you should definitely do that!

I think these are the top 5 must see things on Nusa Penida and there are probably a lot more just as Angel’s Billabong, which I thought I’ve been to since my driver told me it was, but it wasn’t because it looked so different than on the photo’s I’ve seen. So confusing lol. I’m still a little sad I didn’t see it but oh well, another reason to go back someday!

If you’re going to Nusa Penida soon I hope this blogpost helped you!

25 photo’s that make you want to visit Indonesia 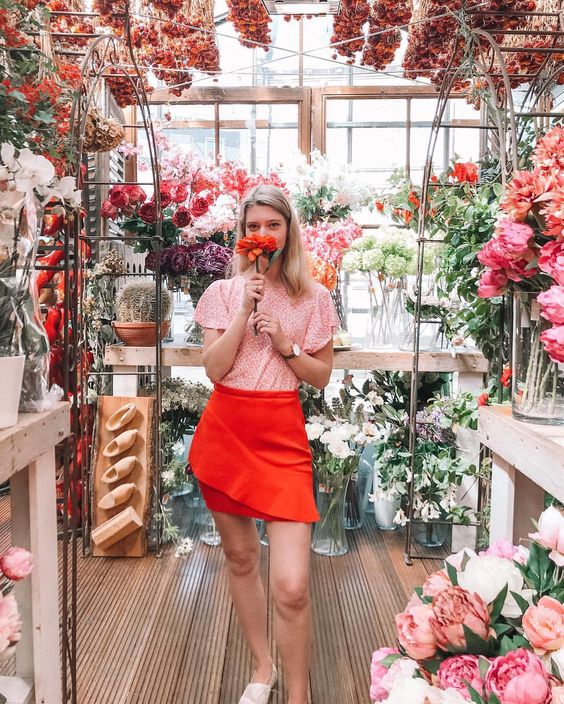 Hi! My name is Sharissa and I'm 20 years old. Welcome to my own little piece of the internet. I hope you'll enjoy your time on here!